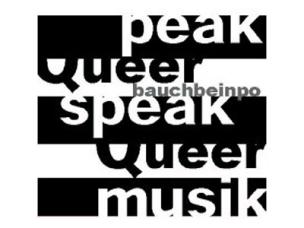 Wiederholung: Honey, we will not be intimidated!

Become supporters of the autonomous LGBTIQ-Refugee Apartment of the Rosa Lila Villa!

In the morning hours of September 27, 2014, a death threat was smeared on to the Rosa Lila Villa, Vienna's lesbian, gay and trans*house. "Kill gays," in German and Bosnian-Croatian-Montenegrin-Serbian, was sprayed in red paint on the house front. It is likely that there is a collection between the graffiti and the Belgrade Pride, which took place for the first time in years last weekend, with massive police presence.

During the rally for solidarity with the Belgrade Pride, the focus was on pointing out that violence and death threats will not be tolerated. Nonetheless, it is alarming that it is yet again possible in a city like Vienna to threaten and attack people living, working and participating in activism with hateful graffiti on the walls of their houses. With this in mind and in view of the Post-Nazi history of Austria: “Nip it in the bud!”

Nationalist, right-wing hate speech is unfortunately a problem in mainstream society. We, as the Rosa Lila Villa, see it as our responsibility, to oppose and combat racism, anti-Semitism, sexism, fascism – in addition to homo- and transphobia – and remain self-critical in the process.

In the past hours we have received a lot of support and encouragement and some people have wanted to donate money to pay for paint. But we don’t want to just scratch at the surface of the problem, but would instead ask you to donate to a living space for LGBTIQ refugees.

Because despite calls to homophobic violence and actual violent attacks on lesbian, gay, trans* and intersex people, Austria is a relatively safe country for LGBTIQ people. Others flee their home countries and come to Austria, a country that is already hostile toward them as refugees. In refugee housing or private lodging, they are often subject to discriminatory (and in private lodging also exploitative) conditions, conditions that become harsher and more dangerous through hate threats such as those on the Villa.

For this reason, the Rosa Lila Villa started an autonomous living project for LGBTIQ asylum seekers/refugees and an apartment was rented.

It is very important to find dedicated supporters for this project who can support us with the monthly rental charges. The monthly charges are between 300-350 Euros (since the Villa and its residents can only pay for a small part of the rent and utilities).

The best way to help the LGBTIQ Refugee Living Project is to make an automatic payment (3, 5, 10 or even 20 Euros per month), which actively helps to keep the flat going!