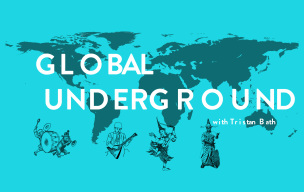 Ryan from Chick Quest talks about the Athens music scene

and guitarist Ryan White originates from Athens, GA. Today he talks us through the Athens music scene which birthed legendary bands such as REM, Neutral Milk Hotel, and the B-52s amongst many more.

Chick Quest's second album Model View Controller comes out on 24th February, and the quartet are playing a free show on 25th February at Rhiz here in Vienna.