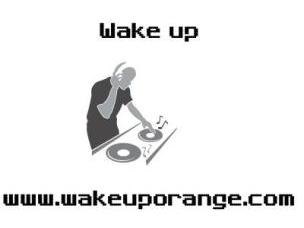 Vienna based Agnès Milewski is the perfect artist for the post genre world, happier to be hopping generic boundaries and subverting expectation that nailing her colors to any one stylistic mast.
Seven Demons is the new, 4th studio album from the singer-songwriter.
Here she demonstrates her distinctive ability as composer, lyricist, pianist and singer, and provides us with a mature and artistically ambitious collection of her ’sung poetry’, this time with a little more “pop“ than on her last album Almost Spring.
“Seven Demons is a bit like the cheeky little sister, who questions the wisdom of that message of peace and hope on the previous album“, says Agnès.
Seven Demons indeed sounds at times darker, thought provoking, socially critical at the same time quirky, playful and more danceable is it’s forerunner. The artist has once again created a distinct framework as ‘leitmotif‘ to guide the listener through the album, this time using the metaphor of the ocean where monster and demons lurk in it’s unexplored depths, with an occasional octopus that might suddenly sit on your shoulder and demand your attention.
The first song, Neptune’s Daughter, creates a wonderful tidal pull-and-release feeling of actually being ‘in‘ the sea with piano, violin, guitar and flute leading to a chorus evoking a sun emerging through the clouds after a storm on the high seas.The next song, Soma (already released as a single), is a socially critical pop anthem, followed by Lucid Dream, a strange introspective unsettling song of hypnotic quality. The danceable Song 4 U, with it’s questioning theme of authorship, the life affirming Stupid Cupid, where Agnès plays the ukulele and reminds the listener to leave their comfort zone of their homes and explore real
life in the outside world.The Wall is an electronic progressive eclectic number that speaks a clear and unmistakable message to all the Trumps of this world, followed by Seven Demons, the title track which in it’s most positive sense reminds one of an almost hippy-esque 60’s and 70’s ambient where the monsters of
the deep rise again to show the listener their true selves in it’s mirroring of the human ego and to remind them of it’s consequences for the planet.
Agnès was, as on Almost Spring, once again accompanied on the album by her stalwart band comprised of Eddie McLachlan (guitars), Mia Heck (violin, glockenspiel, backing vocals, harp), and Walter Till (flutes, beatboxing, percussions) with whom she also plays live an who contribute an endless source of creative inspiration to complement Agnès’ compositions an her extraordinary voice. Jonas Petersen, now based in Los Angeles, an earlier collaborator of Agnès’ contributed sublime orchestral recordings and guest guitarist Alexander Lausch delivers a fine solo on The Wall.
The last song, Sleepless, which although originally intended for Almost Spring was with it’s dark melancholy a much better match for it’s „little sister“ Seven Demons. stimulates the listener’s ability to reflect, an ability we should not forget in this era of alternative facts.
Speaking of little sisters, the drawings for the booklet were all done by
Agnès’ sister Alice to perfectly round off this wonderful CD.

Agnès Milewski was born in Poland in 1983. At the age of four her family emigrated to Austria, where she soon got her her first music lessons in keyboard and classical guitar. She started playing in bands as a teenager. Her debut solo album "Pretty Boys and Ugly Girls" was released in 2007, followed by a tour all across Europe including Austria, Germany, France, England and Poland. In 2008 she received the Austrian Newcomer Award, in 2009 her second album "Learn to Swim" was released, showing the artist's impressive development as a songwriter. After another tour Agnes took a break to come back with a her new album "Almost Spring" in 2013, followed by her latest work „Seven Demons“.