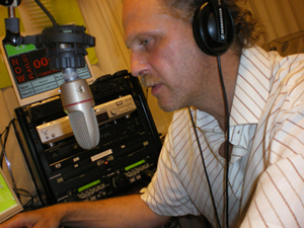 Contemporaneous examples of some of the pieces described in the classic manual, Search & Reflect by John Stevens. Outrageous sounds produced by a workshop orchestra directed by him in 1973 - an SME-type improvisation; instrumental & vocal drones; a mechanically rhythmic yet unpredictable piece; and an all-out improvisation featuring non-vocal mouth sounds, vocal sounds & instruments. This is followed by what is perhaps the pinnacle of Stevens' attempts to make music with a large (21 strong) group made up of both experienced improvisers (including Evan Parker & Trevor Watts) and workshop musicians. This 40 minute performance from 1975 starts off with just the 11 workshop musicians for a few minutes, and then everyone joins in for a long mainly sustained section, before ending with an all-out improvisation. The 1981 London concert features two more of Stevens' didactic pieces, performed by nine or ten musicians.