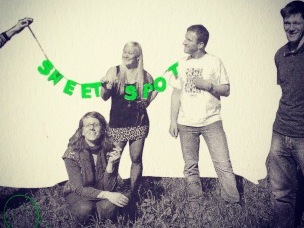 Who the Fuck is Black Dog Cubik?

2010 found together in order to express their blues, playing Drazen Matuzovic (guitar, vocals) and Klaus Wagner (Harp) their self-called „Dirty Ol` Slide Dog Blues „, a mixture of folk, blues and rock` n `roll.
Inspired by the Spanish street dog Cubik, they sing and scream on to the shitty and good things in life.
After 1 1/2 years it was time to bring the collected thoughts to the people and so it came that they gave their first concert in January 2012, how could it be otherwise, in a dirty fucked up bar.
Encouraged by loud shouts and wild stomping were more gigs in different bars held , including support for Scott H. briam the dirty old one-man band from Austin, Texas ,Candice Gordon from Ireland, Possessed by Paul James from Texas and many more
But also on the streets was their music heard, they traveled through different cities from Austria to Croatia to fill the streets with harp solos and dirty slide riffs.
With their first record “A Black Dog Lyrics“, they moan and growl the blues into the ears of their listeners just to get sure that nobody gets away without a earwig.
They continue to do what they do best:

„we sing and drink on our past“ song: Spliff him down