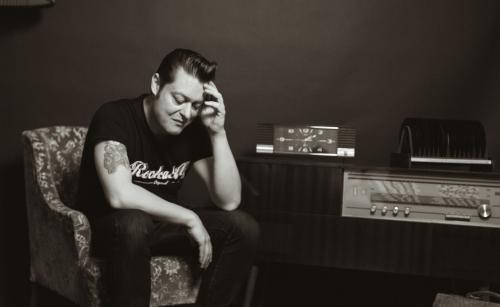 Rock & Roll Pioneers like Bill Haley, Elvis Presley, Chuck Berry, Bo Diddley, Little Richard, Jerry Lee Lewis, Carl Perkins, Johnny Cash, Gene Vincent, Eddie Cochran, Wanda Jackson, Janis Martin, Ellis Lesley … changed the musical landscapes forever. Putting an end to segregation at least on the airwaves. Subcultures like The Teds in the UK, The Greasers in the US, Les Blousoins Noirs in France, Die Halbstarken in Germany changed attidude forever. Never again, was music so rebellious until Punk, never soo hot until Hip Hop, never so political until Woodstock. “What ya rebelling against” Johnny (Marlon Brando) is asked in “The Wild One” – his reply is “What´cha got”. Today the music continous with mainstream Rockabilly rooted artists such as Imelda May, The Baseballs, Dick Brave & The Backbeats – after a revival which made stars of the new wave influenced Stray Cats or Polecats. Still like in the 1950s, there are many regional hot artists and bands out there, which yet have to be discovered. This show would like to give all of them a platform. Past, present and future!